kickingandscreaming said:
And if it's really, really high, they shuold

Seemed? It's very well documented - by the East Germans no less and the improvements in their times was unprecedented. I remember Shirley Babashov's interview stating that when she walked into the locker room at the 1976 Olympics. She heard voices and thought it was a co-ed locker room. It was the East German women's swimmers.
Click to expand... 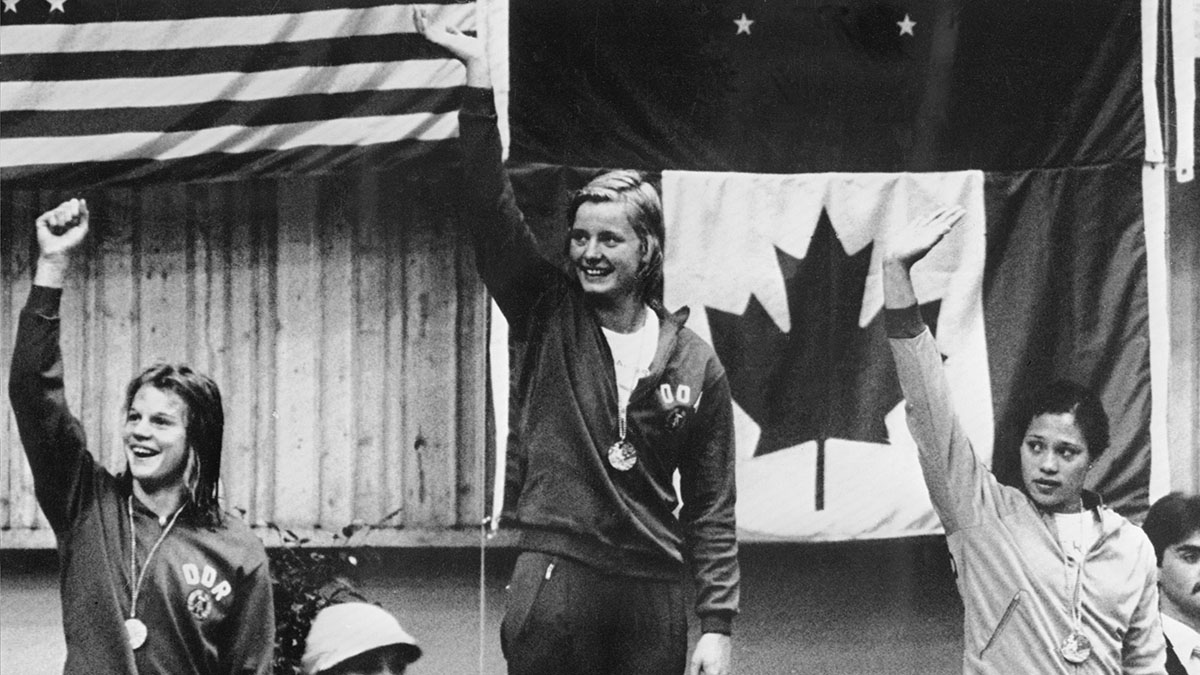 East German athletes forced to take steroids suffered damage to their bodies. Many are seeking compensation for the continued aftereffects.

High testosterone levels matter. For some sports- cycling, sprinting, wrestling, girls flag football, the impact of tripling the testosterone levels is very significant. We have women’s weight lifting record that will never be broken. The women who set them were on testosterone, and had muscle mass they could never have built without it. Lance Armstrong won several titles by cheating with testosterone boosters. It is ridiculous to pretend that high testosterone levels are not a factor in sports. The question is how long does the effect last and does transitioning reduce the effect to the point that it is fair for trans females to compete as female.

A good study on the effects of transition on athletes would help. I’m not sure there is any valid way to do such a study. The numbers are so small, and the possibility for complicating factors is so large. For example, there has to be a psychological effect on effort put into training, but we don’t know which way it goes. ( An athlete might train extra hard so she can fit in by helping her team. Or she might avoid the weight room so that she looks less male.)

It also matters that, among youth, the word transition does not necessarily mean surgery. You are often talking about an athlete who has culturally transitioned, is on hormones, but has testes. Hence the testosterone question.
Click to expand...

The complicated truth about testosterone’s effect on athletic performance

The debate over whether to allow female athletes with high testosterone to compete with other women has been heated, but not backed by a lot of science. That's because there simply isn't much out there, though that's not to say we can't draw some important conclusions from what we do know.

East German athletes forced to take steroids suffered damage to their bodies. Many are seeking compensation for the continued aftereffects.

Emma said:
It is not an issue of fear for most parents, it's an issue of fairness. Can female athletes fairly compete with transitioned athletes? The reasons why girls are allowed to compete with boys is because they don't have a physical competitive advantage over boys while boys, with their testosterone and body /bone structure do have a physical advantage.
You are wrong to think that the kids won't/don't care. Competitive girls/women care when they tirelessly work hard and are unable to compete. This is already happening as female athletes at all level are suing to prevent it.

Going to be interesting when the first male to female transition player goes to uswnt. Might ruffle some feathers. Saw a girl from Idaho Thorns 07G ECNL team that was really good. She may be the one.
S

high level men and teens are far stronger and more athletic than women. The USMNT sucks but would beat the World Champion USWNT 15-0. It's both a fairness issue and safety issue. and yeah the players do care.
S

soccerfan123 said:
high level men and teens are far stronger and more athletic than women. The USMNT sucks but would beat the World Champion USWNT 15-0. It's both a fairness issue and safety issue. and yeah the players do care.
Click to expand...

The USMNT U16 team would beat the USWNT.
E

socalkdg said:
The USMNT U16 team would beat the USWNT.
Click to expand...